“I love posting events in my daughter’s life on Facebook, and I think I’m keeping the group I share everything with pretty tight, but sometimes I wonder about whether these images and videos are really only mine,” says my friend ‘Jane,’ mom of a darling four year old girl.   For the record, they are not only hers.

Recently I discussed some of these privacy issues in my blog, Has social media replaced the family photo album, and there is no doubt plenty of us wonder about the digital footprint we’re creating for our kids.  As parents, most of us never had to worry that our parents would post anything about us anywhere except in the family albums stored in our living room.  That era is pretty much over. And getting to the place where we’re confident that what we share goes only to those we want to see it, or saving all those images in a safe place to later hand down, well, most of us are still trying to navigate those waters and are taking a wait and see approach.  In other words, the media is all over the place.

“A few years ago, five of us fathers got together and created Parent.Co to offer a different perspective to parenting that we believe is more welcoming to all parents, including men,” Jackson Latka, head of Product at Parent.Co, tells me.  Not that they couldn’t use other parenting websites, but I would have to agree that most skew toward the demographic that uses it most:  women.  “Our approach,” says Latka “is to share good content that’s inspirational, inclusive and closes the chasm of the parent you are versus the parent you want to be.”

Isn’t that the truth?  How many times do you read an online post or watch a story where it dawns on you that the only reason you feel encouraged to do something differently is because you’re motivated by fear. Latka says he and his team picked up on that and didn’t like it, “we were always wondering about the ‘what you should’ or ‘what you should not’ do, like we’re the first to have kids!”

There’s no doubt when it comes to sharing about your kids online, we should all think about what we’re doing.  Dr. Victoria Nash, Deputy Director of the Oxford Internet Institute, says there are two things to be careful about:

One is the amount of information that you give away, which might include things like date of birth, place of birth, the child’s full name, or tagging of any photographs with a geographical location – anything that could be used by somebody who wanted to steal your child’s identity. The second issue is more around consent. What type of information would children want to see about themselves online at a later date?

Which also brings up how and when to share anything involving the children of your friends or family.  Now when you host or attend a birthday party, it is totally the norm to ask permission when taking photos, so you don’t inadvertently post an image of a child whose parent may try to shut down your Facebook account for not asking first. 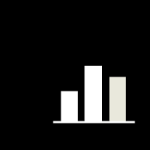 Their dislikes start with oversharing by friends and people posting one’s personal information (such as photos) without first asking permission are among the most common. Parents are especially protective of images of their children, as 57% of Facebook users with children under the age of 18 say that people posting pictures of their children without asking permission first is something they strongly dislike about using Facebook.

The good news is that now there are plenty of ways to make sure that what we do share is stored and remains private, without having to go the exclusive social media route.

“I have two boys. When my first son was born I started a photo project on a social media site, posting one photo a day every day for a year to share with a close group of family and friends.  All along I knew that privacy is never certain. That’s how the idea for Notabli, the first flagship product for Parent.Co, was born.  We want to help parents ease that social pressure of having to post online and not feeling safe.”

Notabli allows you to upload, find and organize those images and privately share them.  It also helps you develop that photo album you may want to save and one day give to your child.

Latka says the cool thing is that “this becomes a powerful collection that parents own.  Because most of us now use our phones to take images, this app is phone and web-based. The premise is that you get to manage your kids’ digital footprint, until they can take over. ”

For dads, this tool feeds “the technology we need to get the job done,” Latka points out. “This isn’t designed for kids, so as a father it allows me to have clean and beautiful photos and videos to share in a collection.  We want there to be friction, by forcing you to decide what to keep.  Instead of throwing everything in, add those photos, videos, quotes, audio and notes that mean something to you.”

So for someone like me who’s neglected to organize images in any cohesive manner over the past, oh decade, this app allows me to put together my kids’ digital timeline with all the images and video I now have on various electronic devices. Now if I could only remember where I put them all.