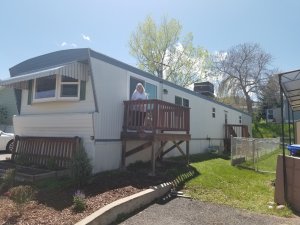 (StudyFinds.org) -- Vaccinations can be a controversial subject for many people, especially when it comes to injections. So what if you could replace your next shot with a salad instead? Researchers at the University of California-Riverside are working on a way to grow edible plants that carry the same medication as an mRNA vaccine.

The COVID-19 vaccine is one of the many inoculations which use messenger RNA (mRNA) technology to defeat viruses. They work by teaching cells from the immune system to recognize and attack a certain infectious disease. Unfortunately, mRNA vaccines have to stay in cold storage until use or they lose stability. The UC-Riverside team says if they’re successful, the public could eat plant-based mRNA vaccines — which could also survive at room temperature.

THREE RIVERS, Calif. (AP) — Crews were watching the weather this weekend as they battled California wildfires that have burned into some groves of ancient sequoias as they try to protect the world's largest tree.

The National Weather Service issued a weather watch for critical fire conditions in the Sequoia National Park in the Sierra Nevada, where two lightning-caused fires merged Friday after making its largest growth in a week. The fire reached the western tip of the Giant Forest, where it burned four sequoias known as the "Four Guardsmen" that flank the road into the grove of 2,000 sequoias.

The first all-amateur flight to orbit Earth began three days ago with a launch from NASA's Kennedy Space Center.

78-year-old cyclist dies after crash with vehicle in Longmont

Trickle of protesters at DC rally outnumbered by media, police

Woman dies after being hit by vehicle in Denver

Woman dies after shooting in Denver; police haven’t made any arrests

Woman dies after shooting in Denver; police haven’t made any arrests

78-year-old cyclist dies after crash with vehicle in Longmont