COLORADO SPRINGS, Colo. — The Colorado Springs Police Department has begun posting the names and faces of men who are convicted of solicitation on the department’s Facebook page.

The first set of pictures was posted Monday and shows six men, ranging in age from 26 to 50, and includes their photo, name, age, city and when they were arrested. 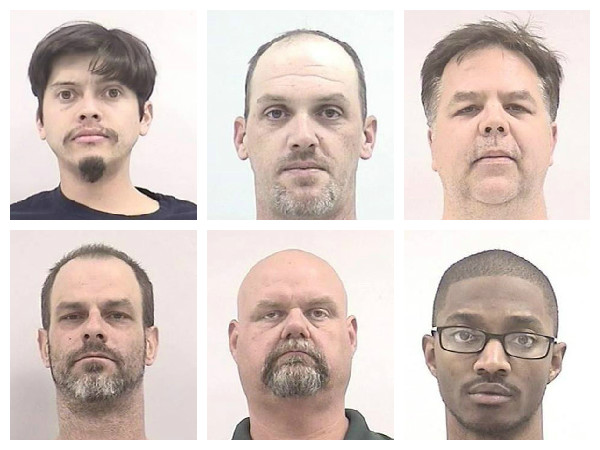 “In an effort to reduce the demand for the commercial sex trade, the names, photographs, and other public record information for those arrested for Soliciting for Prostitution will be released upon conviction for cases originating after January 1, 2015,” the department wrote on Facebook.

“It is our sincere hope that this will result in a reduction in victimization of Human Trafficking.

DENVER (KDVR) -- High temperatures warm to near 60 degrees the next few days in Denver, Boulder, Loveland and Fort Collins.  The normal high is 60 degrees.  It will be totally dry and sunny.

The mountains stay dry and sunny as well.  Highs in the 40s and 50s through the weekend.

PARIS (AP) — An attacker armed with a knife killed three people at a church Thursday in the Mediterranean city of Nice, authorities said. It was the third attack in two months in France.

The assailant was wounded by police and hospitalized after the killings at the Notre Dame Church, less than a kilometer (half-mile) from the site in 2016 where another attacker plowed a truck into a Bastille Day crowd, killing dozens.

DENVER (KDVR) -- Imagine a kid’s excitement of finally getting back to school, only to go back online in a few days' time. Explaining why this had to happen was not easy for parents with third, fourth and fifth graders in Denver Public Schools.

How to avoid unemployment benefit delays

7-year-old Jeopardy! superfan gets sweet message from Alex Trebek after dressing up as ‘mini-Trebek’ for Halloween

‘Did your house make it?’ Tough questions after a tough return home for Grand Lake