COLORADO SPRINGS, Colo. — A Colorado Springs dog is back home safe after an incredible story of survival in the mountains outside Buena Vista.

Prince was reunited with his owner last week after reportedly surviving on his own for 96 days.

Kari Yarbrough was heading back home to Colorado Springs on Oct. 22 when she was involved in a car crash outside Buena Vista.

Yarbrough says she had an open warrant for failing to appear in court and was taken to a Chaffee County jail. When she was released, she says she found out her dogs had been placed by authorities in a nearby yard, from which Prince had escaped. 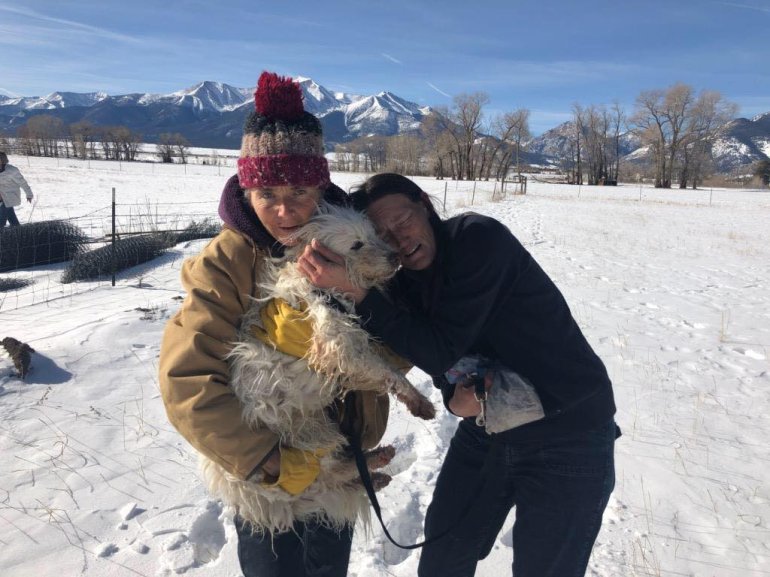 “I was devastated. I was lost,” Yarbrough says. “I had to find him, so I dedicated everything to it.”

“She was so devoted,” says Courtney. “That woman is so strong. She was going to find that dog and I felt so inspired with this devotion and perseverance that I assisted the search with the logistics.”

Courtney gave Yarbrough a tent and camping supplies, and the two set out in search of Prince.

For the entire winter, the two followed sightings throughout the area. At one point, a postal worker saw him, but Yarbrough says Prince quickly became afraid of humans.

“It was so emotional. Every time we didn’t get him, I thought it was my last time seeing him,” she says. 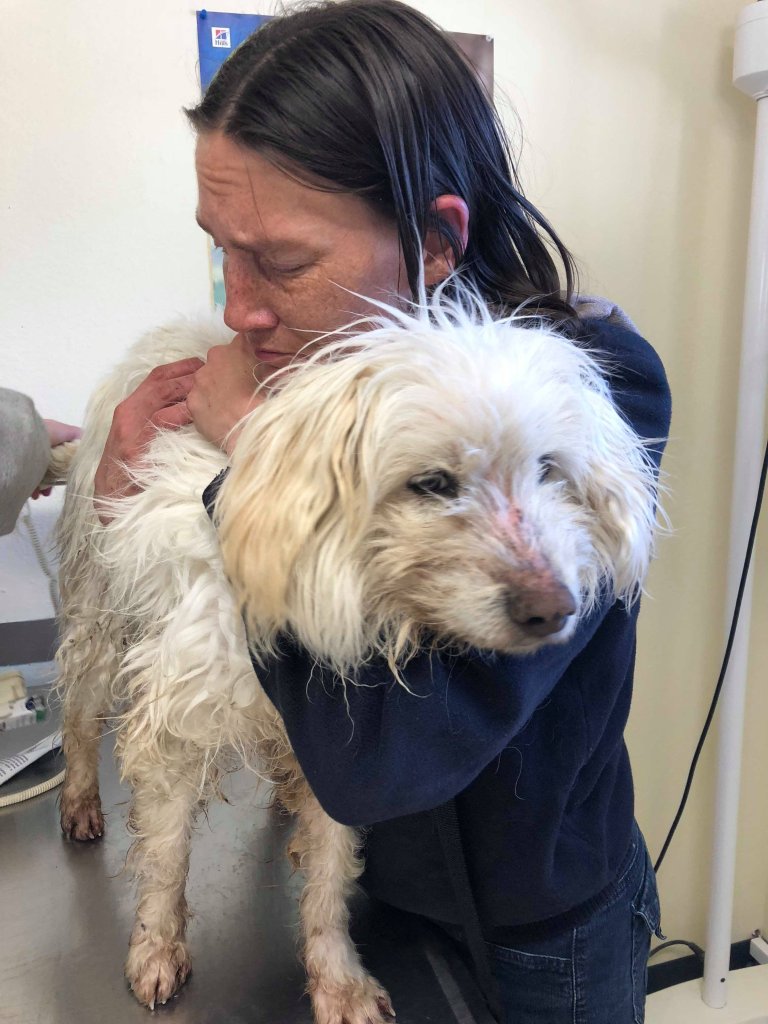 Courtney helped set traps while tracking paw prints and contacting property owners to get permission to search there.

Courtney has been through this before. She helped in the highly publicized search for Bentley, a dog that was found alive after being thrown from a vehicle last year.

“The most crucial time in any search, is you have to get on it right away,” Courtney says. “They can turn into feral dogs in weeks. It’s like a switch goes off in their head.”

Finally, after months of searching, they cornered Prince on Jan. 26 behind a church.

“As soon as I put my hand under his nose, he knew it was me, and he could breathe, and he was OK,” says Yarbrough.

Seven-year-old Prince lost about 25 pounds, according to Yarbrough. She said he was covered in ticks.

“I would give anything to be able to hear his story,” Yarbrough says.

“It’s hard to comprehend how he survived,” says Courtney.

The two women spent a considerable amount of money on food, propane and materials during the search. If you’d like to help, you can donate online.

21 places to see fall foliage under 4 hours from Denver