DENVER — A report that investigated claims of gender discrimination by former Police Chief Robert White towards then District 3 Commander Magen Dodge has been released to the Problem Solvers ten months after its completion, but the city blacked out all the findings made by an independent investigator hired by the city of Denver.

The decision to redact all of the findings by investigator Jody Luna with the firm Employment Matters, stunned Jeffrey Roberts with the Colorado Freedom of Information Coalition.

“The department has discretion under the law to withhold records, or portions of records, that it believes would be “contrary to the public interest” to disclose, but doesn’t the public have an interest in knowing whether the city’s highest-ranking police official contributed to a hostile workplace?” asked Roberts. 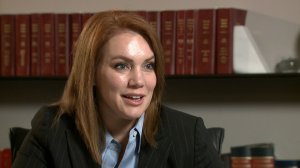 It  was an investigation Magen Dodge asked be overseen by the Office of the  Independent Monitor.   At the time, the Mayor’s office denied Dodge’s request.

On Tuesday night, Denver’s City Council gave final approval to a measure that once again allows Denver’s police chief and sheriff to face oversight from the Office of the Independent  Monitor (OIM). 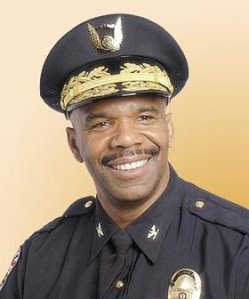 Last year, the administration of Mayor Michael Hancock made a controversial decision to suddenly bar the independent monitor from participating in cases involving the police chief or the sheriff.

At the time, Chief Robert White was the focus of three separate investigations. The  first case concerned the city’s open records policy and whether Chief White ignored it.

The second case involved the city’s chase policy, after Chief White followed a drunk driver who hit his car.

Chief White was repeatedly heard on a body camera saying he “chased” the suspect, which might have violated department  policy.

The third case involved a gender discrimination complaint filed by one of the department’s highest ranking females, Commander Megan Dodge.

The Hancock administration cleared White of wrong-doing in all three cases, but didn’t allow Independent Monitor Nick Mitchel to issue any findings of his own.

The Hancock administration said it based its new policy on the city charter, which the city attorney interpreted as not allowing the OIM to have any jurisdiction on mayoral appointees like the police chief or sheriff.

“They are at-will employees appointed by the mayor, so they’re not afforded the protection of civil service,” is what Pubic Safety Director Troy Riggs told FOX31 last May. 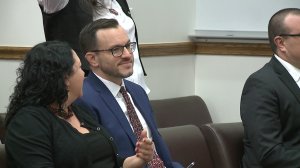 “I think the community was outraged, and I think the Council was shocked as well,” said Councilwoman At Large Robin Kniech. Kniech, along with councilmen Paul Kashmann and Paul Lopez, sponsored a new ordinance that provides “mandatory oversight by the monitor’s office” of any uniformed personnel, including the police chief and sheriff.

“If you’re a rank-and-file officer, if you’re the chief of police, it shouldn’t matter. You should be subject to the same oversight,” said Kniech. 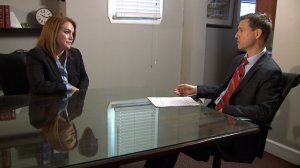 “I had the audacity to speak up and tell Chief White that some comments and things he had done were inappropriate,” said Dodge in an exclusive interview with the Problem Solvers.

Among her many allegations, Dodge said Chief White joked she should prostitute herself at a work dinner function to earn $50,000 for the police department.

“I am sure they (the Hancock administration) did not want that accountability to where the monitor could issue a finding or opinion on that and be able to still excuse White for the things he had done,” said Dodge.

As for the findings made by the city’s independent investigator Jody Luna, the Department of Safety justified redacting all of her conclusions by claiming to Fox 31 “There is no public purpose to be served in allowing disclosure of this record” adding it would “be contrary to the public interest.”

Mayor Hancock now says he supports the measure restoring full oversight to the Office of the Independent Monitor. His office sent the following statement to FOX31:

“If passed by City Council, Mayor Hancock will sign the bill. As an office he helped create while on City Council, the Mayor has always supported the mission of the OIM and efforts to increase accountability and transparency. He appreciates Council members for working with the Mayor’s Office to refine this proposal.”