LAKEWOOD — The Colorado Christian University softball team is firing on all cylinders heading into the final few weeks of the season.

The Cougar’s 30-10 record heading into the second weekend of April is good enough for 2nd place in the Rocky Mountain Athletic Conference.

“It’s been a great year so far,” Brian said. “We’re excited to bring in a late-season addition to our softball roster.”

The signing, part of a partnership with Team Impact, which uses the power of the team to improve the lives of children facing serious illnesses.

Lorelai has been battling an incurable brain tumor for the past 3 years.

“I guess I never really thought that this would be able to happen,” says Kinzer. “When I was first diagnosed, they always told me I wouldn’t be able to play sports for a while.”

Lorelai’s new team gathered for a special signing ceremony in the infield, in the middle of their double-header against Colorado School of Mines. 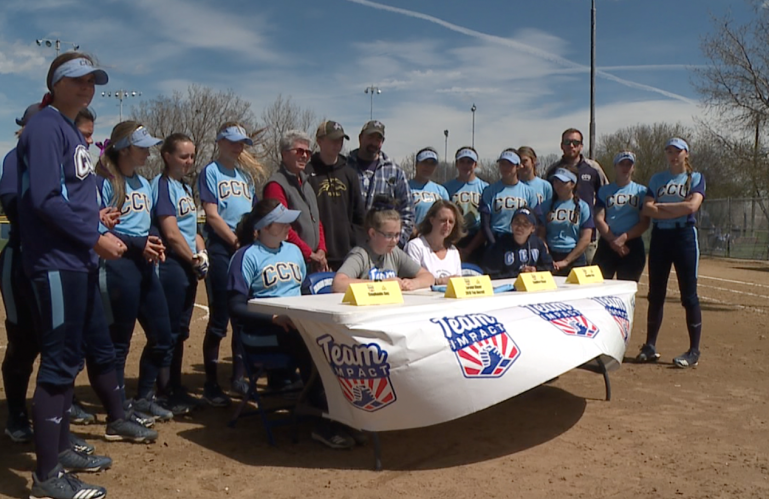 Kinzer signed an official letter of intent, much to the delight of her new teammates.

“These girls have already taken her in and done so much for her and been that team that she’s not known before,” Lorelai’s mom, Candice said.  “That’s a lot to ask of a college girl and they’re great.”

Lorelai will sit on the bench at all of the team’s games and hopes to attend practice in between visits to the doctor.

Wall says this is the 3rd Team Impact signing the university has made so far this year, including additions to their men’s basketball and soccer teams.

“It’s just a wonderful win-win,” he says with a smile. “We’ll take a base hit or two, that would be a great thing.” 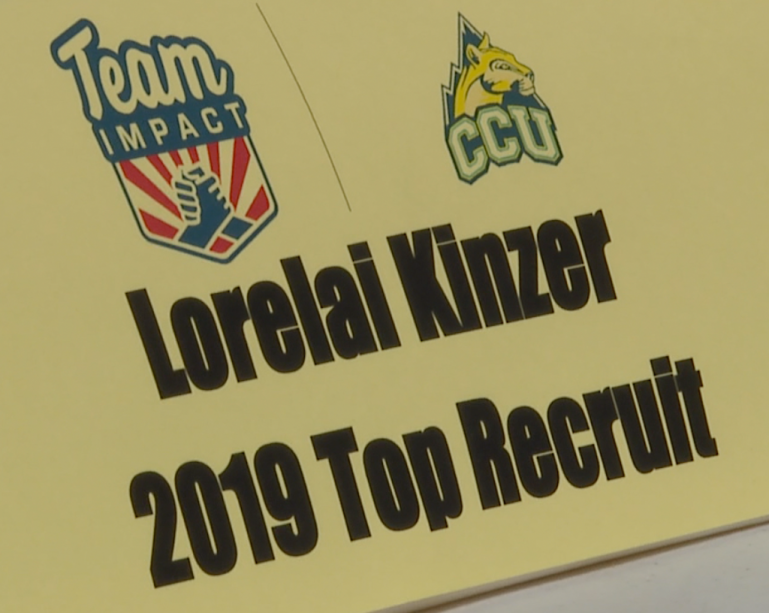 The choices when it comes to small portable video projectors are plentaful. A stroll through the electronics department at a big box store will quickly prove that it's possible to grab one for under $100. Problem is, not all portable projectors are created equal. In fact, many of them are downright horrible. WeMax is promising something much different with their new WeMax Go - a portable laser projector. I took the WeMax Go for a test in my home.

The first thing you'll notice about the WeMax is how small it is! The company claims it's the world's thinnest laser projector. That might just be true. It's only about an inch thick. The WeMax is light but has a decent weight to it. The shell is plastic but I was pretty impressed with how solid it feels. On the top you have some navigation buttons (there is no remote included with the WeMax Go), on the back you'll find ports for power, USB, HDMI and headphones or speakers. There is also a small manual focus adjustment on the side.