DENVER — Criminals broke Deshanette Brooks` heart and wallet when they ripped off “Betsy,” her family`s only car in the middle of the night.

She’d purchased the 1996 Honda Accord with her tax refund so her sons, ages seven and eight, didn’t have to walk to school this winter.

“I learned how to drive in her. I got my license in her. It`s me and my kids` first car. They`ve been walking all their lives,” Brooks told the FOX31 Problem Solvers on the street outside her apartment.

When police found her vehicle a month later, it was wrecked to the point it was not worth recovering. Police still haven`t caught the culprits.

Brooks said, “A car gets you to and from work. Someone could possibly get fired because their car is stolen.”

To fight this specific crime, Colorado law forces registered car owners to cough up an extra dollar per vehicle annually. Insurance companies collect the fee, then turn it over to the state.

The FOX31 Problem Solvers reviewed audit receipts and found that`s a total of about $24 million in fees drivers have paid since 2011. All of that money was handed, per legislative directive, to the Colorado Auto Theft Prevention Authority or CATPA.

CATPA keeps an administrative fee, then grants the rest out to a variety of auto theft prevention agencies and task forces.

The awards budgets are as follows:

The main agencies receiving CATPA grants have varied slightly over the past five years but in 2017 are:

MATT has used some of the grant money for special operations like bait car sting operations. According to CATPA, between 2010 and 2015, metro area law enforcement agencies have set up 542 bail car operations, with 160 successes so far.

Denver Police are reporting to the FOX31 Problem Solvers vehicle thefts so far in 2016 are up at least another 12 percent, so it is likely that the 2016 numbers will go even higher.

FOX31 Investigative Reporter Chris Halsne sat down with the executive director of CATPA, Robert Force to ask “what drivers get for their the dollar they pay every year?”

“It`s very alarming to us,” Force said. “We have seen the trend of auto thefts since 2011 to start to go up, on the rise. Although year-to-year, it’s very concerning to us, a 30% increase in one year? We have to look at what is going on.”

Force explained that, “Most of our task forces deal with organized crime. They don`t deal with the individual one guy that`s going out there stealing a car. They look at groups and associations of people. Again, without CATPA, those efforts would not go on.”

“We do infiltrate organizations and do a lot of surveillance,” Templeton told Halsne. “The citizen, if they are looking at it from a value stand point, they`re getting more than their money’s worth because we are giving back more than what is being taken from them.”

Templeton argues the cost-benefit of CAPTA programs come in the form of higher stolen car recovery rates. That makes it cheaper to insure your vehicle. 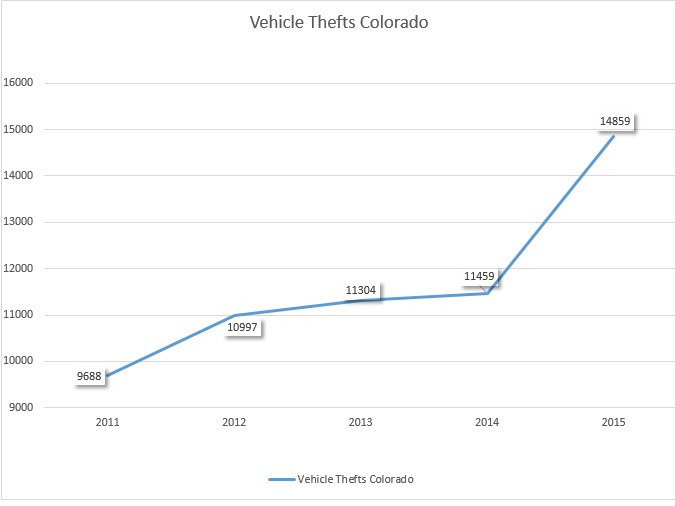 A good example how that “fee” money is helping extra auto theft prevention efforts is some of the money has been used to purchase computerized license plate readers. This allows police to find stolen vehicles faster.

All those assurances that the fee money is well-spent hasn’t done much to comfort theft victim Brooks.

“It is a crime you can get away with. It takes the cops about three hours to get to you and that gives the people who stole the car – the thieves – enough time to do whatever they want to do with it and leave it and walk away and most likely not get caught for it.”