BRIGHTON, Colo. — The Adams County Sheriff’s Office is investigating whether a brush fire that was threatening at least one building in Brighton on Sunday was intentionally set.

Firefighters were dispatched to the 32000 block of East 144th Avenue near Denver International Airport about 1:30 p.m., Brighton Fire Rescue said.

Firefighters were working to protect a structure in the area, fire spokeswoman Natalie Ridderbos said.

Strong winds of 15-20 mph pushed the fire south and more than 300 acres were burned. Two unused outbuildings were also destroyed in the fire.

Firefighters were able to contain the fire from reaching all other structures, including homes in the area.

Four other fire departments aided the Brighton Fire Department in fighting the flames.

No one was injured. Crews contained the fire before 5 p.m. and remained on scene to monitor hot spots. 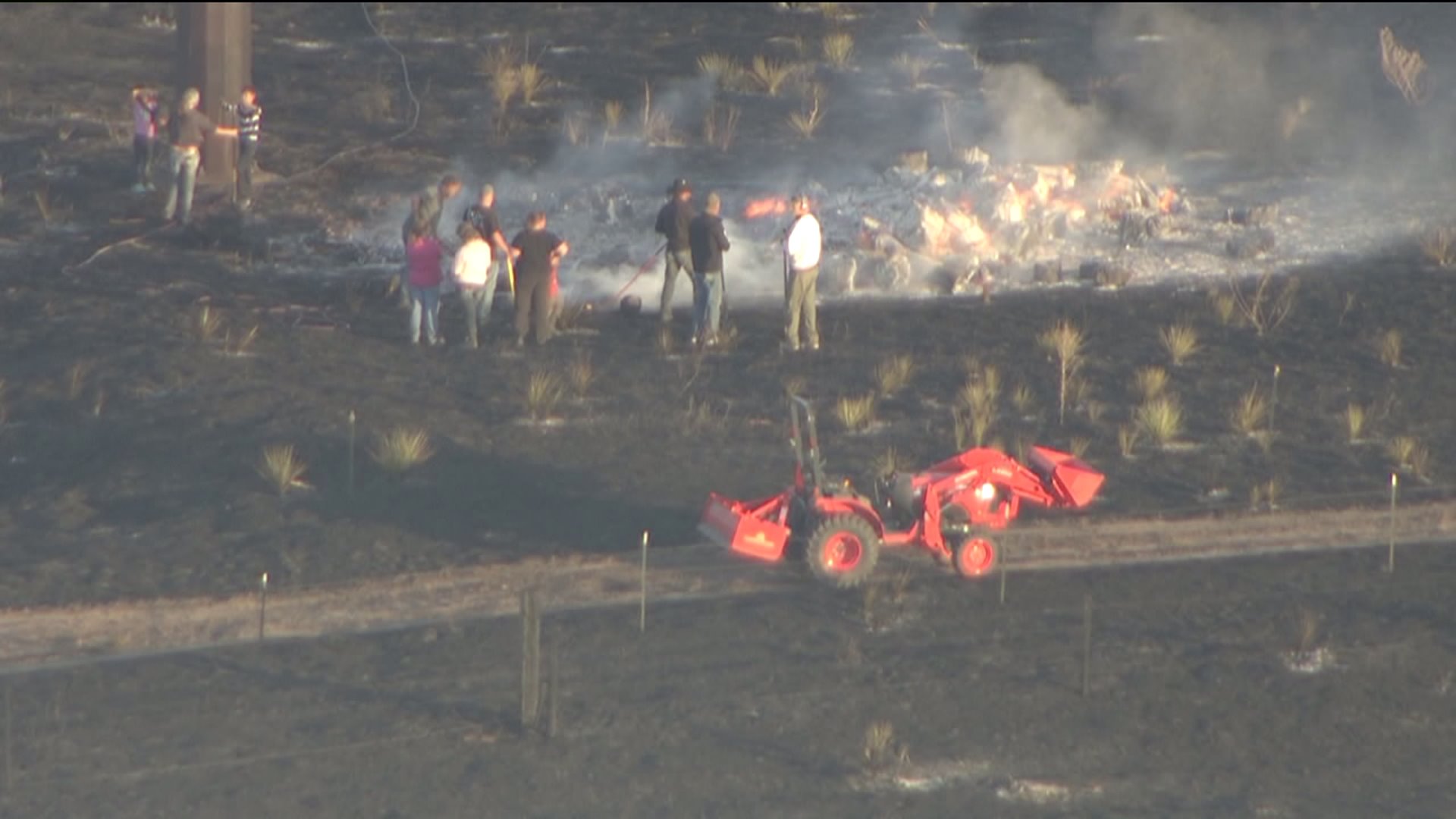 At about 5 p.m., Ridderbos said the fire was contained but had burned 300 acres and two unused sheds.

Crews continue to work on hotspots but fire is contained. More than 300 acres of weeds burned. Two unused sheds also burned in the fire pic.twitter.com/JsZC3tQLBw

DENVER (AP) — Willy Adames had four hits, including a go-ahead two-run home run in the top of the ninth inning, and Milwaukee Brewers rallied to beat the Colorado Rockies 6-5.

Adames also had three doubles and finished with three RBIs for the Brewers, who snapped a five-game skid as well as a seven-game losing streak to the Rockies.

ADAMS COUNTY, Colo. (KDVR) -- The Adams County Sheriff's Office bomb squad found and rendered safe a "homemade" electronic device on a motorcycle located on the ramp to westbound US-36 from northbound Interstate 25.

Police said there is no threat to the public but traffic will be shut down for a while while they investigate.