ARVADA, Colo. — Gloria Robey would like nothing more than to forget her 1989 assault conviction for shooting her then-roommate in the arm.

“It was a bad time in my life. I went through hell trying to get over it and now after all this time, it has to be brought up again because they’re insisting that I pay for it. I paid for it, I paid for it,” said Robey. 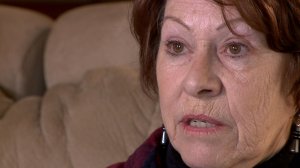 The 68-year old was stunned by a 2018 letter she received from the Arapahoe County Judicial Collections Department telling her she owed $2,581 in restitution for her 1989 crime.

“They’re wanting to collect something from 30 years ago. If you don’t agree with me, that is asinine. Then there’s an issue here ,” said the Arvada retiree.

Robey served four years in state prison and then additional time on probation, but when her sentence was complete, she remembers being told that she “was good.”

But recently, Arapahoe County sent her a letter stating “Defendant paid $450 in restitution, leaving a balance of $2,581.” 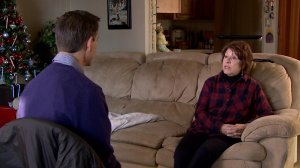 Robey believes she paid whatever restitution she owed decades ago, but admits she can’t prove it.

“They wait until 29, almost 30 years after to try to collect that and ask me for proof,” Robey said.

When Investigative Reporter Rob Low asked if she had any proof three decades later, Robey responded, “Hell no! Nobody in their right mind keeps records for 30 years.”

While there is a statute of limitations for most crimes (murder excepted), there is no statue of limitation for restitution in Colorado. It’s considered a civil judgment and until it’s paid in full, it never goes away.

The notice from Arapahoe County warns a failure to pay could result in garnishing of earnings, cancellation of one’s driver license and even revocation of one’s probation.

Robey filed a motion to dismiss the restitution claim, but in November, the judge denied it. Gloria has offered to pay $15 a month to resolve the debt, which would take more than 14 years. She told FOX31 the collections office has told her to fill out an application to see if she qualifies for such a payment plan.

“I’m on Social Security. My husband is on Disability. We barely make our bills,” said Robey.

SAN FRANCISCO, Calif. (KRON) — Nathan Apodaca, the viral Fleetwood Mac “Dreams” skateboarder, is down on his luck after a trip to San Francisco with his family last week.

According to TMZ, Apodaca’s two rental cars were broken into after parking in a garage near Twin Peaks Overlook.

The mountains can expect sunshine and temperatures in the 20s and 30s.

WATKINS, Colo. (KDVR) -- The Colorado Department of Transportation says the westbound lanes of Interstate 70 are closed at Manila Road near Watkins due to a crash.

Snow and rain to clear overnight, sunny days ahead