The facility houses a mix of juvenile offenders convicted of serious crimes and non-criminals who are in treatment for abuse, drugs and/or mental health.

The FOX31 Problem Solvers have learned 50 boys, almost all of them teenagers, have escaped from Jefferson Hills in 2019.

Special Education Director David Molineux said Jefferson Hills treats about 200 clients a year for an average stay of four months each, so 50 escapees would mean one-fourth of the center's population escaped this year. 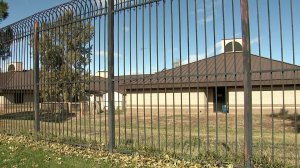 "Unfortunately, during the past two years, our organization has experienced four significant, relevant industry factors :   1) inadequate reimbursement rates as studied and confirmed by the Colorado actuarial study completed 2 years ago,  2) inability to recruit, hire, and retain an adequate workforce,  3) a major reduction of referred youth, and  4) time consuming , redundant  and intense oversight by numerous government bodies. " 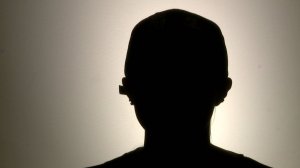 A Division of Youth Services employee who asked to remain confidential told FOX31 the impact of Jefferson Hills closing will have a significant impact on D.Y.S. facilities.

"Just about every facility is busting at the seams as a result of the Lookout crisis," they said.

Lookout Mountain Youth Services has already had to relocate more than 50 juvenile offenders over the summer after the Problem Solvers begin reporting about riots and escapes at the facility in Golden.

The same anonymous  employee told FOX31 the public has no clue about the number of escapes taking place at centers like Jefferson Hills.

"I think that’s a huge concern to the community. These are violent kids and I think when people say 'kids' they don’t understand that DYS holds kids until they are 21," they said. 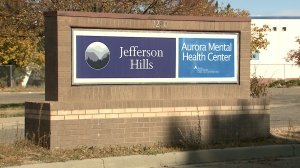 Jefferson Hills was built to house at least 60 kids but only 11 boys remains at the center.  Of those 11, 8 are convicted criminals who will need to be transferred somewhere else.

A spokesman for the Department of Human Services told FOX 31 kids currently assigned to Jefferson Hills will either be transitioned back into the community or into another residential program by the end of the week.

CENTENNIAL, Colo. (KDVR) -- The statewide closure of schools in Colorado due to the COVID-19 pandemic will be extended to April 30, Gov. Jared Polis said Wednesday.

Speaking at a news conference, Polis said he is making the change to align with federal recommendations.

How to keep bears wild as they wake from hibernation

DENVER (KDVR) - Colorado Parks and Wildlife (CPW) reports that bears are emerging from their dens and searching for food.

Being bear aware not only protects your home and property, but it can save a bear’s life. Wildlife managers say bears should NOT be eating from bird feeders, trash receptacles or other human-provided food sources.

Angela Gleaves and other staff members took a minute to pray.

How to keep bears wild as they wake from hibernation

Travel through Denver International Airport down more than 90 percent

Photo Gallery: Take your mind off coronavirus with views from 14,000 feet

FDA calls for heartburn drugs with ranitidine, like Zantac, to be pulled from market immediately

FDA calls for heartburn drugs with ranitidine, like Zantac, to be pulled from market immediately

Nearly 70 before a 30 degree drop Thursday with snow late