The shooting happened just before 3 a.m. at the store at 2285 E. Ken Pratt Blvd.

The victim was a 33-year-old man though no further details have been released about him.

Police say the suspect is 34-year-old Joseph Anderson. A warrant is out for his arrest out of Weld County. 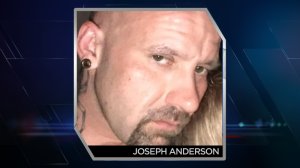 Anderson is wanted for second-degree murder and possession of a weapon by a previous offender. He is considered armed and dangerous.

The car Anderson was seen fleeing the scene in, a black Nissan Murano, was found around 3:45 p.m. near 120th Avenue and Sheridan Boulevard in Westminster.

Anderson reportedly has ties to Littleton and Loveland.

SARASOTA, Fla. (WFLA) -- Anita Sampson just turned 100 years old. But she's not only celebrating the centennial milestone -- she is also celebrating her new campaign with Facebook.

Facebook launched the national "Born in Quarantine" ad on Mother’s Day. Sampson, a mother of two, was born in 1920 and lived through the flu pandemic. She was hired by the social media giant to narrate its latest commercial, where she shares advice with other women giving birth during the coronavirus pandemic.

WASHINGTON (AP) — President Donald Trump on Wednesday threatened social media companies with new regulation or even shuttering a day after Twitter added fact checks to two of his tweets.

The president can’t unilaterally regulate or close the companies, which would require action by Congress or the Federal Communications Commission. But that didn't stop Trump from angrily issuing a strong warning.

STATEN ISLAND, N.Y. (KRON) -- Most people agree that wearing face coverings indoors in public spaces such as grocery stores and pharmacies is essential to slow the spread of the coronavirus.

But does that make it OK for people to police each other when someone doesn't abide by the face mask rule?

When can you be around others? CDC updates coronavirus guidance

City of Manitou Springs considers re-opening incline but with reservations

Warm, isolated storms ahead for Wednesday