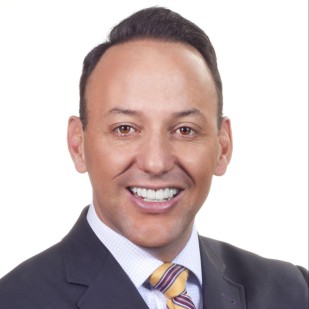 A native of Colorado and graduate of the University of Denver Law School, Justin worked from 2000-2004 as a Senior Deputy District Attorney in Denver, under then District Attorney, Bill Ritter.
In 2005, Joseph moved to Cheyenne, Wyoming to begin his career in broadcasting at the local CBS affiliate. There, Joseph hosted a local talk show and won several awards for excellence in television reporting. In 2007 his love for reporting took him to Omaha, Nebraska where he worked for the local NBC affiliate.

Why the change from law to reporting?

“I always thought I wanted to be a legal analyst for a network. But, the first day I covered breaking-news, I knew I could never be tied down to only covering legal stories.

Recently, Joseph’s reporting was credited for re-opening the Ashley Fallis death investigation leading to murder charges against her husband. In April 2015, Joseph’s work on the Fallis murder investigation was featured on CBS News’ 48 Hours.

Joseph has been nominated for several Emmy’s and in 2015 he earned the Colorado Broadcasters Association Award for Best Investigative Reporter and an Emmy Award for Continuing coverage on the Ashley Fallis Investigation.